The Vineyard, a Community of Churches, is one of the fastest growing church-planting movements in the world. The Vineyard story is about ordinary people who seek after, worship, and serve an extraordinary God! From the beginning, Vineyard pastors and leaders have sought to hold in tension the foundational Biblical doctrines of the Christian faith with an ardent pursuit of the present day work of the Spirit of God. Maintaining that balance is never easy in the midst of rapid growth and renewal.

The Vineyard movement has strong roots in the Jesus movement of the late 60’s and early 70’s, when it also had close ties to the Calvary Chapel Churches headed by Chuck Smith. In 1974, after leaving Calvary Chapel in Costa Mesa, California, the Lord led a couple by the name of Kenn and Joanie Gulliksen to Los Angeles to begin a ministry that had been on their hearts for several years.

Starting as a small Bible study group in the home of Chuck Girard (from the musical group “Love Song”), the fellowship quickly grew, necessitating the beginning of other home groups, and the beginning of a Sunday service in Beverly Hills. God prophetically gave the name “Vineyard” to these gathered people because everything the Father wants to do in the life of the church can be seen in a Vineyard — ground preparation, sowing, husbandry, pruning, the production of fruit, and enjoying the fruit of wine!

“A Vineyard of wine, sing of it! I, the Lord, am its keeper; I water it every moment, lest anyone damage it, I guard it night and day”. Isaiah 27:3

God worked through many mistakes and failures as well as successes, as people were willing to take risks to become like Jesus and to communicate the Good News of Jesus. Several couples went out and began other Vineyards in California, quickly growing churches with priorities of intimate, contemporary worship, authentic relationships, Biblical healing, training and equipping for all believers, and generous giving.

In the spring of 1982, John Wimber and several other pastors led their churches into relationship and identification with the Vineyard, as their vision coincided with and complemented that of the original Vineyard. God had called John out of a hard life of drinking and drug-abusing. In the words of Christianity Today, John Wimber was a “beer guzzling, drug-abusing pop musician, who was converted at the age of 29 while chain-smoking his way through a Quaker-led Bible study” (Christianity Today, editorial, February 9, 1998). In John’s first decade as a Christian, God used John to lead 100s of people to faith in Jesus Christ. By 1970 he was leading 11 Bible studies involving over 500 people! John’s life became so fruitful as an evangelical pastor, he was asked to lead the Charles E. Fuller Institute of Evangelism and Church Growth. Later, he taught as an adjunct professor of Fuller Theological Seminary where his classes set attendance records.

Throughout this time, John’s conservative evangelical paradigm for understanding the ministry of the Church began to grow. George Eldon Ladd’s theological writings on the Kingdom of God convinced John intellectually that all the Biblical gifts of the Holy Spirit should be active in the Church today. Encounters with Fuller missiologist Donald McGavaran and C. Peter Wagner as well as seasoned missionaries and international students gave John credible evidence for combining evangelism with healing and prophecy. As he became more convinced of God’s desire to be active in the world through all the Biblical gifts of the Spirit, John began to teach and train his church to imitate Jesus’ full-orbed Kingdom ministry. He and his Church began to “do the stuff” of the Bible that he had formerly only read about.

The people called the Vineyard have extensive and fruitful relationship with American denominations, the Church of England, churches in Europe and Africa, World Vision, seminaries like Fuller, and underground churches in Europe, Asia, and China.

We believe that we are called to be an instrument of the Kingdom of God, reaching out to the spiritual needs of our generation through a Biblical paradigm which desires to see God work supernaturally to heal broken and empty lives. To this end we exist as a church, meeting together, committing ourselves to each other and to Jesus Christ, our Lord.

There are now over 1200 Vineyards worldwide, and the number continues to grow rapidly. The Vineyard is an international church planting movement with its own publishing house and music production company. God, however, has shown us that His desire for us is not to build the Vineyard, but to seek His Kingdom and to build His Church, to bless what He is blessing, to love what He loves, and to give ourselves away freely. Our desire is to seek God, and to cooperate with Him and other churches as He reveals Himself in the process. We want to be Kingdom oriented rather than protective or territorial.

If you are interested in learning more about the Vineyard Movement, our history, and our values, we recommend you read a couple of worthwhile books: 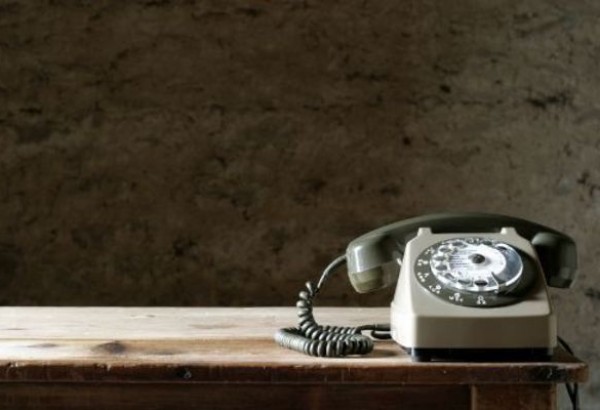